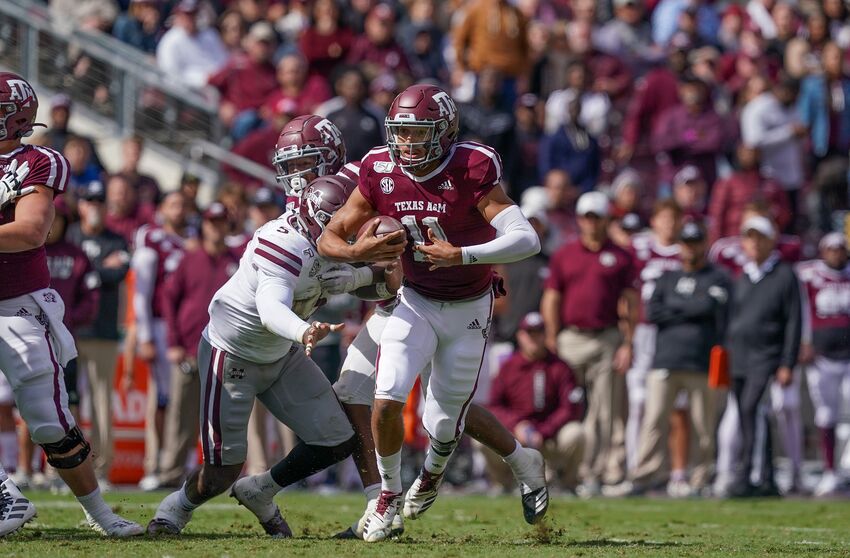 Texas A&M Football knocked off UTSA in a non-conference dual by the score of 45-14. Here is how the Aggies did away with the Roadrunners.

Texas A&M Football headed into their matchup against UTSA with one thing in mind–stay healthy.

The Aggies did just that and more, as they destroyed the Roadrunners by the score of 45-14.

It was another good game from Aggies’ quarterback Kellen Mond, as the junior threw for 211 yards and a touchdown, in addition to running for one yard and a touchdown.

Mond sat for the fourth quarter, allowing the Aggies’ second and third units to get some in-game experience.

The Aggies got the job done, as everyone (with the exception of Spiller) played exactly as they were expected to. Suffering a devastating injury or playing close against a team such as UTSA would have been a lot less ideal, therefore the manner in which a pretty pointless game was played out will be viewed at as a success for the Aggies.

The Aggies will have their second and final bye week of the season next week, as all eyes will be on the SEC dual between number one LSU and number two Alabama. After the break, the Aggies will finish the regular season with a pretty tough stretch, as they will host South Carolina before heading on the road to take on LSU and Georgia. The Aggies look to be hot at the right time, as there are still three weeks to revive the season and bowl game standing.